Some clients are afraid to risk anything – whether leading a project at the company or moving out of a job they hate. Hey the devil you know is better than the devil that you don’t know.

If we fear failure, we never try. We all fail in our lives. Whoever tells you that they never failed is either lying or heading for a huge fall. Fear of failure will paralyze us.

“Life is too short” is trite but incredibly true. I know of people who said, hey I will stick with this job until I am financially secure or somehow safe. Then I can do whatever I want.

For example, my dad was in the Army for a brief stint. Somehow he wrote for the camp newsletter. He sent some samples to the Washington Post. The Post offered him a job to start as a copy boy. But, my dad, raised in poor economic circumstances, declined. He went to college and obtained a secure government job for 37 ½ years. He toyed with playwriting. Outside of work, he tried one amateur production. But, he said when he retires, he will write comedies full time.

My dad retired in his late 50’s. What happened: he got early onset of Alzheimer’s and never had the opportunity to pursue his dreams.

So try and fail. Try again. Jim Rohn asks “How many times does one try? Answer: Until.”
Many, many people describe failures as guideposts in the path to success: 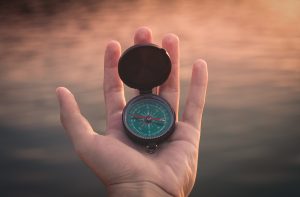 Steve Jobs gave an entire graduation speech at Stanford explaining how failure led to his success at Apple.

In Guided Meditations for Difficult Times, Jack Kornfeld says “only by exposing ourselves to that fear of ‘annihilation’ can one find out what is truly indestructible within. With this daring lies dignity and the spirit of true awakening.”

In an interview at Stanford Business School, Oprah says “There are no mistakes … This is no such thing as failure. Failure is trying to move you in another direction. Losses are there to wake you up. When you understand that, then you will not be thrown by that experience. … It will be ok even if on a detour. When not at ease with yourself, that is the cue that one must move in another direction.”

So when clients tell me that they are scared of failure, I say failures are guideposts telling you to move in another direction. Life is too short to settle out of fear.

What are your guideposts telling you?